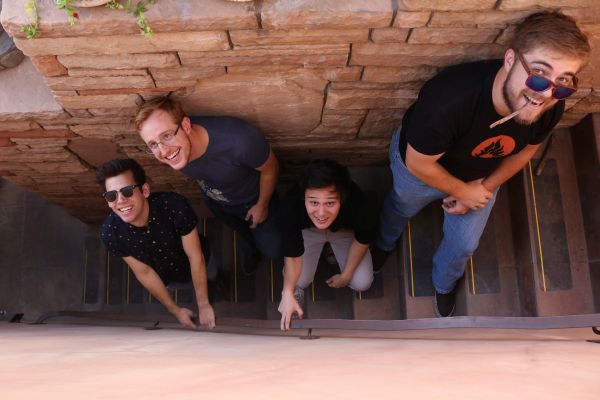 Enjoy some of Tucson’s finest young talent – Clay Dudash, Earth Won, and Saving Kings.  With contemporary and original musical styles ranging from indie pop to dance to alternative rock the evening promises to be a phonically fresh and scintillating experience.

Clay Dudash, originally from Las Vegas, is now one of Tucson’s local indie folk rock artists who is making a name for himself on the scene.  If you ask Clay what kind of music he plays, his standard response is, “I like to make party music.”

Earth Won brings to the stage an eclectic blend of stylistic influences, infusing elements of indie rock, '60's and '70's pop and psychedelia, blues, classical music, and jazz into colorful arrangements.  The group's members all received extensive musical training in very different areas, with Gus Woodrow and Kristy Deupree having been trained classically, Sean McCann playing primarily rock, and Spencer Clarke studying jazz.  Three of the members attended the University of Arizona as music students, where they met and formed Earth Won out of enthusiasm for mixing genres into new musical hybrids.

Guitars, drums, bass, and soul rock the four piece sonic science experiment, Saving Kings.  Whether they're heating up with driving funk rhythms or cooling down with home-hitting lyrics, Sean, Eric, Ansel and Jake hoist their banner to usher in a new era of Saving Kings, and they're taking as many as they can along for the ride.