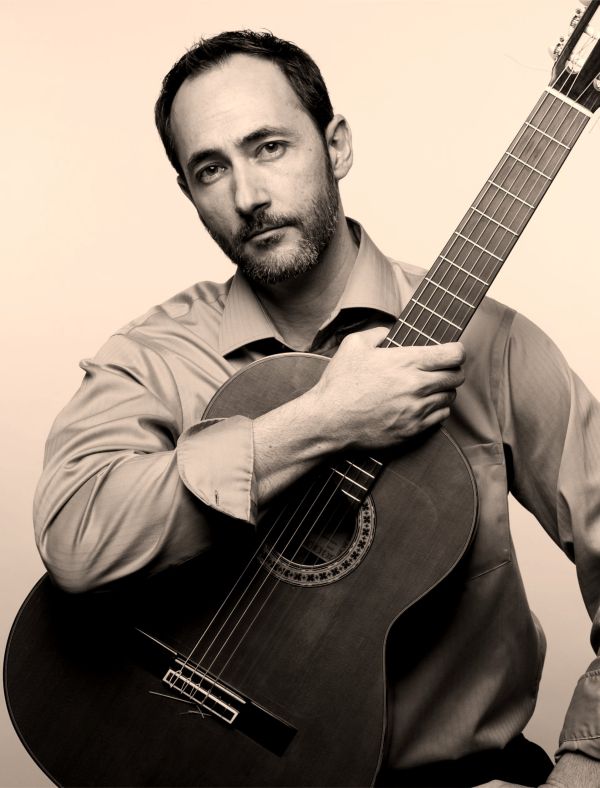 Domingo DeGrazia is the son of renowned artist Ted DeGrazia. Much will be made of Domingo’s paternal lineage, but the most that can truly be said about Ted DeGrazia’s influence on his youngest son is that Ted instilled within Domingo an astounding love for all that life has to offer. Domingo has demonstrated this enthusiasm for life from an early age, from teaching himself guitar at the age of 13 to receiving his pilot’s license a mere four years later. In addition to writing and performing his own distinctive blend of Spanish and Classical guitar music, Domingo has earned bachelors degrees in Aerospace and Aeronautical Science as well as a Juris Doctorate in Law. Experience is the muse of great art, and it is Domingo DeGrazia’s rich body of experience that provides his music the excitement and emotion that separates it from the rest.

Domingo and his band have performed all over Arizona and beyond, with many return performances at such places as the Phoenix Botanical Gardens and Boyce-Thompson Arboretum. A lawyer by profession, Domingo’s chosen artistic outlet is music which he both plays and composes, like his father before him.