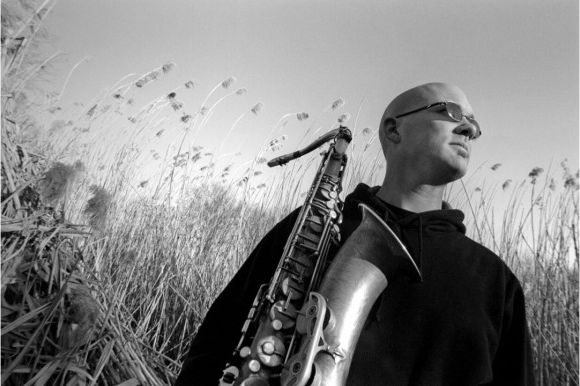 Glenn lives in New York City, where he performs with different ensembles, which have been featured at South by Southwest, WNYC’s Battle of the Boroughs, the Big Apple Underground Jazz Festival, and more.

Glenn’s performing and composing are enhanced by his experience as an educator, which has included a full-time faculty position at University of Alaska Fairbanks (saxophone, clarinet, jazz studies) and as a guest artist/clinician at a number of universities and high schools.  Glenn is also a recipient of the Manhattan Community Arts Fund, and has served as Director of the UAF Jazz Fest and Curator for the Jazz at the Shabazz summer concert series at the Malcolm X & Dr. Betty Shabazz Memorial and Educational Center.

“There is a ceaseless forward motion and approachability to White’s music that, for me, characterizes the best jazz of any age.”
–JazzReview.com

“Progressive jazz is made accessible for once as the genre’s wild experimentation is tempered with sleek craftsmanship and an actual point. It becomes quickly obvious that saxophonist Glenn White and his band are sculpting actual soundtracks to their fevered imaginations, producing tracks that are atmospheric, compelling, and even playful.”
–All About Jazz