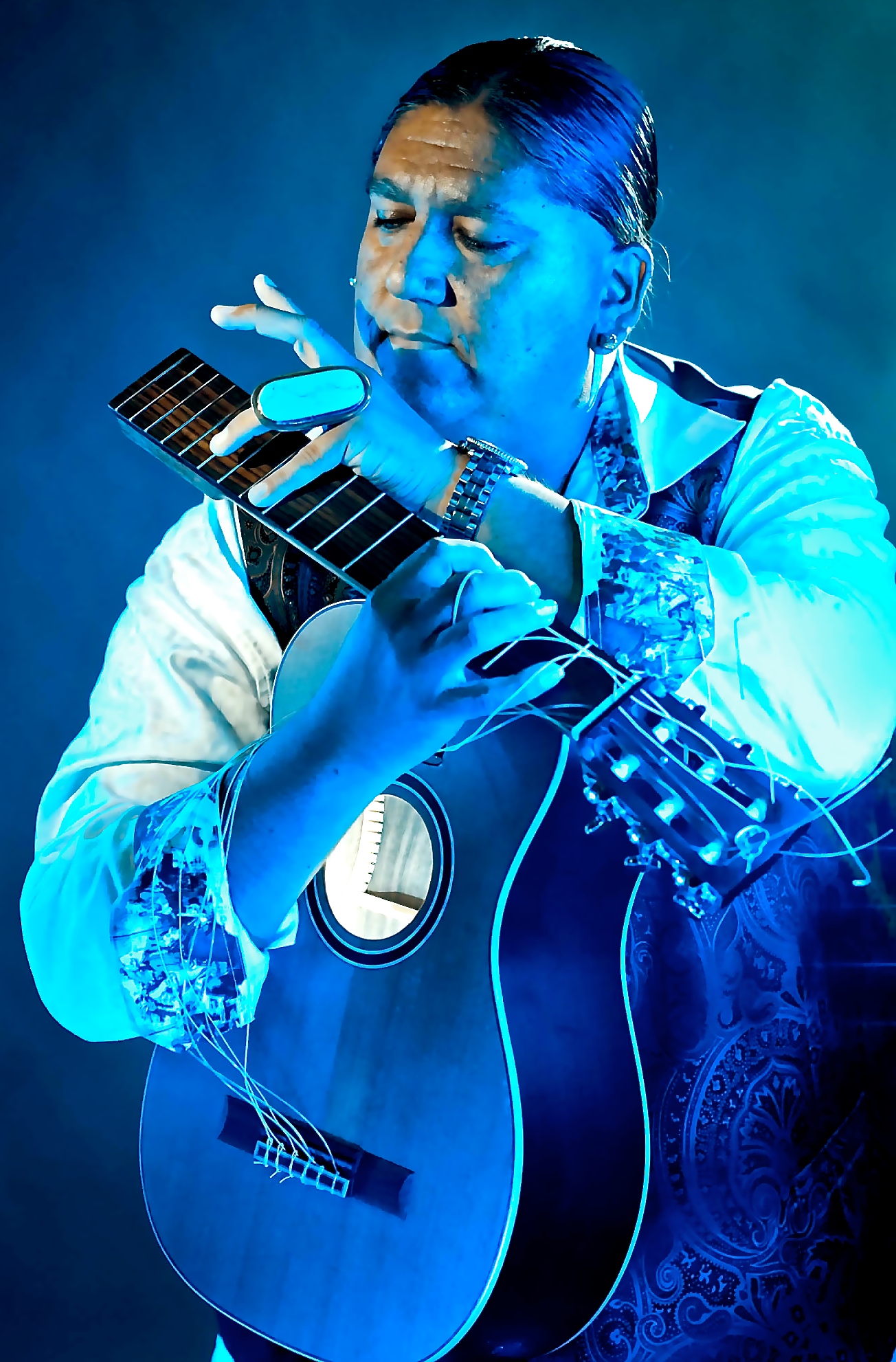 Multiple award winning guitarist, Ayala has shared the stage with Motown living legends The Four Tops, The Temptations, Richie Havens, Dr. John and many others. Although classically-trained, Ayala is a versatile guitar virtuoso.

A member of the Yaqui people of Southern Arizona, guitarist Gabriel Ayala is an accomplished classical musician. He is positioned at the forefront of a new generation of Native American musicians, breaking all native and non-native stereotypes with his trailblazing assortment of music genres and accolades.

Gabriel earned a Master’s Degree in Music Performance from the University of Arizona in 1997, has taught at all educational levels from elementary through college, and serves as a competition adjudicator. Although he truly enjoys being a teacher, his busy touring schedule allows him to only teach in Master Class settings.

Ayala performs regularly throughout the United States and Internationally. Locally, he has appeared at the John F. Kennedy Center for the Performing Arts, National Museum of the American Indian, Musical Instrument Museum and the Oscar Meyer Theater in Madison, Wisconsin. Recently, he was a featured artist at President Barack Obamaʼs Inaugural Ball. He has been recognized by the former State of Arizona Governor Janet Napolitano, now Director of Homeland Security, for his musical achievements. In addition, he has also been highly honored with the University of Arizonaʼs Tanner Award that recognizes significant professional career success and contributions and leadership benefiting American Indian communities. Not only is Gabriel recognized locally and in the United States but he has also had the opportunity to play for Pope Benedict XVI at the canonization of Saint Kateri Tekakwitha in Rome, Italy. He was also the featured performer at the “Festival Internacional de la Guitarra Academica” in Venezuela with performances in Caracas, Guarenas, Guatire and on National Public Television throughout Venezuela.